NativityPlay.com was born out of a desire to reach as many people as possible with this delightful Christmas Play.

Over 30 years ago, Irish missionary nuns who ran a private boarding school introduced a Christmas Nativity Play Pageant as part of year-end activities. Rehearsal started in October with practicing the carols and the play was performed to the community in mid-December before school closed for the year. It was our Christmas gift to the community and to each other.

For several years, I participated in various aspects of the Christmas play: as a miming actor, in the choir and helping with make-shift stage preparations. Years later looking back, I could not believe how much of the play I had retained in those years of participation. Perhaps it was because we necessarily had to memorize the words of the carols for the most part because the choir sang mostly in the dark. Standing close to the actors on a small stage where the lights had to be dimmed quite a bit in the first part of the play, it was impossible to get enough light when singing.

In some scenes, there was no lighting before the singing started. A perfect example is when the “Angel” needs to climb up a ladder in semi-darkness, so as not to be seen by the audience before the full lights came on – but the singing had to continue the whole time. It was very low-tech then, no dimmers or black-lights; we had one light source and it was either on or off! (There are far more options now to give you an even better production experience).

Three years after I left the boarding school and a member of a small church, we were brain-storming on what to do as a church body for Christmas. I suggested a Nativity Play. Everyone liked the idea of a Christmas Play. Of course, I was stuck with the responsibility of putting the Nativity Play together.

Fortunately, I found some of the carols hand-written in an old notebook from school with notes that were obviously dictated by Sister Kathleen. I was amazed at how much of the play I retained in my memory. The passages that I didn’t remember, I got from the Bible. From these three sources, I reconstructed the Nativity Play like we had performed at the boarding school.

That year, there was not enough time to learn all the carols for the Christmas Play so we picked about 10 Christmas carols that everybody knew. We read all of the narratives, so the story was told in its entirety, but we only sang the carols we all knew. The children mimed most of the roles since the adult population was in some other ways, involved with presenting the Christmas Play. In spite of the challenges and being a small church, the result was wonderful and they loved it!  Church members and invitees all enjoyed the Christmas Play experience! 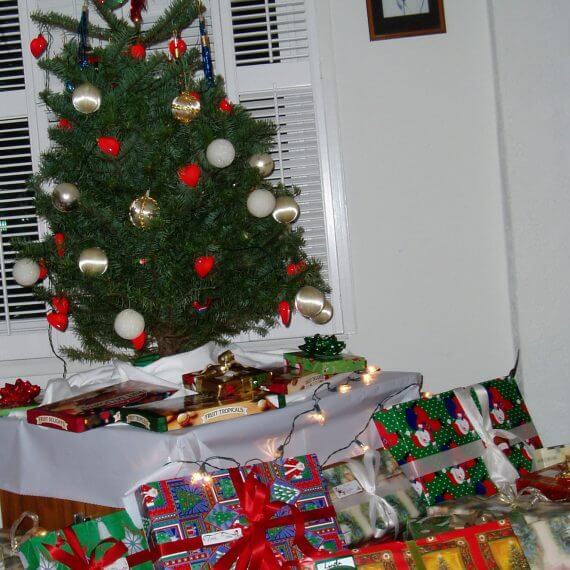 Over the years, I have organized performances of the Nativity Play at almost every church I have been a member. But when I moved to California in 2004, the church I attended had its own 30-year long tradition of presenting a “drive thru” Christmas play.  I started thinking about some other way to keep blessing people with the Nativity Play at Christmas. In my mind, this is much too precious to be put away. That’s when I decided to create the NativityPlay.com web site.

The hardest challenge in creating NativityPlay.com was to “write down everything I know” about the play, so that I can use that to prepare the program notes and all the wonderful assistance which you now receive with the NativityPlay. True, I had accumulated a lot of experience performing this Christmas play over these many years but it was all in my head. I didn’t realize how much I took for granted and didn’t mention in my first few attempts to write it down. Thanks to my friends, Debbye Holmes and Bill Whitworth for relentlessly pointing out the lack of continuity in the earlier versions, which made the finished product and website possible. 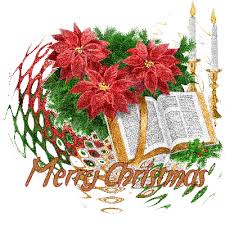 I try to bless people at Christmas time with the Nativity Play. Over the years, I have performed the play, not only in church, but also with my family and encouraged friends to do the same with their families. In every performance  of the play — in a church packed full of hundreds of people or a modest crowd of five — the response has been the same: it is delightful, it is a great story and a wonderful way to spend a couple of hours around Christmas time!

The Christmas Nativity Play has since been performed in schools, churches and by individual families in various parts of the USA, England, Canada, Australia, Poland, Barbados and in Africa. From the pictures I have received of performances, the NativityPlay has been a delightful crowd pleaser. The play gives you the opportunity to “do Christmas right,” i.e., to sing lots of your favorite Christmas carols!

Once I asked Sr. Kathleen why she took so much trouble to present the Nativity Play every year and she replied something to the effect that it was to bless people at Christmas time.

This Christmas, I pray that you are blessed and that you will bless others with a successful presentation of this delightful Christmas Nativity Play, to the audience of your choice.

Enjoy The magic of Christmas around the world! 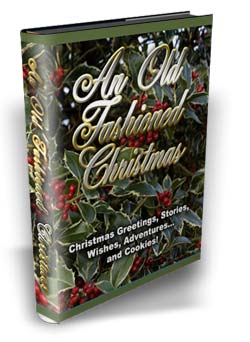 Delights Of A Nativity PlayNo Comments 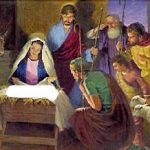 Pantomime – What is it?No Comments 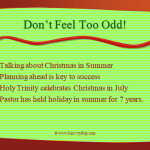 Festivities and Entertainment at ChristmasMay 15, 2018