The Art of Pantomime

The Nativityplay is a musical pantomime.  I often get questions about what that means so it is fitting to start off this blog by describing what it is and the general art of pantomime. 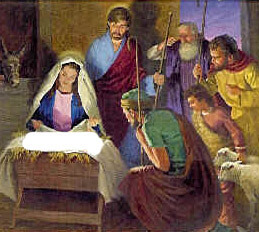 Mime is that type of theater art in which the performer gives a silent performance. There are two types of Mime; they are Corporeal Mime and Pantomime. Corporeal mime concentrated on the deployment of the human body to show emotions and thought that are invisible to the spectators. Pantomime utilizes the human body to the maximum level so that the audience with the help of body minus props can imagine even objects. Besides being of traditional importance in various countries, it also plays a vital role to entertain people during the holiday season.

Pantomime art dates back to Greek and Roman Theaters. It saw a great advancement especially during the rule of Roman Emperor, Augustus. It also has a deep connection with the Italian Theater Commedia Dell’arte. This art was spread to other parts of the world from Italy by the troupe of traveling performing artists.  Patented characters began to develop later on. Actor John Rich was responsible for bringing this art to Britain by the name “Lun,” a short form of the word lunatic.  This was because his performances were rather wild. None the less this weird act delighted many and soon it became very popular. Other rival troupes began learning and performing this art. Many great Pantomimes were created in this process.

Pantomime is the traditional part of mime.  Facial expressions, body language and movements are greatly emphasized upon in this art. Basically the whole human body movements are studied so as to increase its range. The performer depicts an object with the help of gestures and expressions. For example, he can act as if he is sitting on a chair and reading a newspaper although there is no physical chair or a newspaper, only an illusion. The performer can create an illusion of a wall by opening his fist and pretending to touch it.  The end of the wall is shown by slapping hard in the air. The performer depicts a rope as if he is tugging on it and trying to pull a heavier object on the other end of the rope.  The most common one is the illusion where the mummer appears to be trapped in a box.  Michael Jackson’s moonwalk is one of the best examples of pantomime.

Pantomime is a favorite with the audience during the Christmas season.  The performances are usually targeted for the kids but adults are not disappointed at all. Many folktales, fairytales and even Disneyland’s stories have been enacted using Pantomime. Some of these are “Cinderella,” “Little Red Riding Hood,” “Mother Goose,” “Snow White,” “Sleeping Beauty,” “Beauty and the Beast,” “Aladdin and His Magic Lamp,” “Goldilocks and the Three Bears,” and, “Jack and the Beanstalk.”

Pantomime or Panto has been a very important part of theater arts in countries like Australia, Canada, Great Britain, South Africa and New Zealand. Currently, Berwich Kaler is considered to be the master of Pantomime. Having worked at the York Theatre Royal for over 30 years. People turn up at three o’clock in the morning to buy tickets for his show. He is hailed for reviving the traditional form of pantomime.